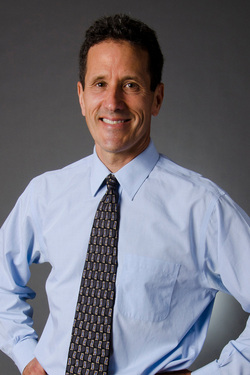 Mark started his legal career with the international law firm of Skadden, Arps, Slate, Meagher & Flom, where he concentrated his practice in products liability litigation and coordinated the public service legal practice for the firm's Chicago office. He then served as Senior Counsel with the City of Chicago Law Department, where he focused on trial of wrongful death and personal injury cases and established a reputation as an aggressive and effective trial lawyer in dozens of jury trials.

Following his work at the City of Chicago Law Department, Mark was as associate with Cochran, Cherry, Given, Smith and Montgomery, where he practiced in the area of civil rights, catastrophic injury and wrongful death litigation and secured millions of dollars in verdicts and settlements for clients of the firm. One of the cases Mark is most proud of from his time there is Aguirre v. City of Chicago, ​382 Ill. App. 3d 89 (2008). Mark fought for justice for three men wrongfully convicted of murder. The jury awarded a total of $6.74 million to Mark's three clients against the police officers responsible for their wrongful convictions.

Mark has continued this record of success in catastrophic injury, wrongful death and civil rights cases at Parts & Spencer, Ltd. In addition, he has taught a number of courses as an Adjunct Professor at the DePaul University College of Law, including two courses that he developed. Mark is a member of the Chicago Bar Association, the Illinois Trial Lawyers Association, the American Association for Justice, the Illinois State Bar Association and the National Police Accountability Project. Mark has continued his commitment to pro bono work through representation of persons arrested and charged while engaged in protests and demonstrations. Mark recently obtained release after 40 years of incarceration for a client he represented before the Illinois Torture Inquiry and Relief Commission. 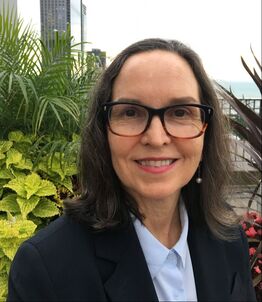 Faith started her legal career with a clerkship for the Honorable Shirley S. Abrahamson, former Chief Justice of the Wisconsin Supreme Court. Faith then practiced for several years as a litigation associate at Dentons (then Sonnenschein, Nath & Rosenthal), where she represented clients in contract, trademark and banking matters. She also founded a litigation training program for the firm with the Lake County Public Defender’s Office.

Faith uses her litigation skills in the firm's civil rights and personal injury practice. Her desire to help families has also led her to develop a practice in probate and estate planning. Faith has an ongoing commitment to community service, and in particular to support of public education. She spent many years as a parent representative on the Local School Councils for Northside College Prep High School and Burley Elementary School in Chicago, is a former director of the Neighborhood Parents Network and was a founding board member of the Burley PTA and Friends of Burley. She is a member of the Chicago Bar Association, the Illinois State Bar Association, and the National Lawyers Guild. Faith also maintains an active pro bono practice. In a recent pro bono matter, Faith was able to obtain release from prison for her client who had been incarcerated for more than 44 years.